Kontakt.io Calls On Developers to Unite and Join the Biggest Beacon Hackathon in History

Participants to Build a Global BeaconValley in 4 cities simultaneously

(03 November 2015) – New York, London, Krakow, Guadalajara – Kontakt.io, one of the leading IoT smart hardware providers worldwide, announced that it is teaming up with Proxama and several local partners for its BeaconValley Global Hackathon.Download the press release

The idea of BeaconValley started out in June as a project to turn Krakow, Poland into a smart city by using the best proximity tools as a framework. After a successful event with over 100 attendees and 16 completed projects, Kontakt.io is taking the concept to the next level by hosting a new event in 4 major cities around the globe at the same time. The hackathon will take place on November 21-22 in New York, London, Guadalajara and Krakow. During the live-streamed event, teams will be working on beacon-enabled apps related to 4 categories: culture, health, commerce, and transportation. The projects will be presented and judged by the organizers along with a group of IoT experts to select four local winners and one global winner.

Trevor Longino, Head of PR & Marketing at Kontakt.io said: “The BeaconValley Hackathon delivered several great smart city use cases, including the app which today it’s an official app of Conrad Festival, the biggest festival of literature in Krakow! Now are ready to prove that regardless of latitude, beacons are almost unbeatable pieces of technology that can make every city smarter.”

Jon Worley, CEO of Proxama marketing division comments: “We are really proud to be Global Partner of the biggest beacon hackathon in history. Here at Proxama, we have already seen the value that beacons can bring to smart cities, having created the UK’s largest independent network of beacons, The Proxama Network. We are really excited to see what happens when the geniuses of the developer world get hold of our TapPoint® platform. The hackathon will encourage them to think creatively about how implementation of beacon technology could be used in new and useful ways and we can’t wait to see the results! ”

Participation in the hackathon is free and individuals and teams are asked to register at www.beaconvalley.org. 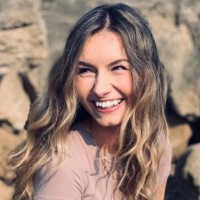