The Road to Our Latest Product Launch 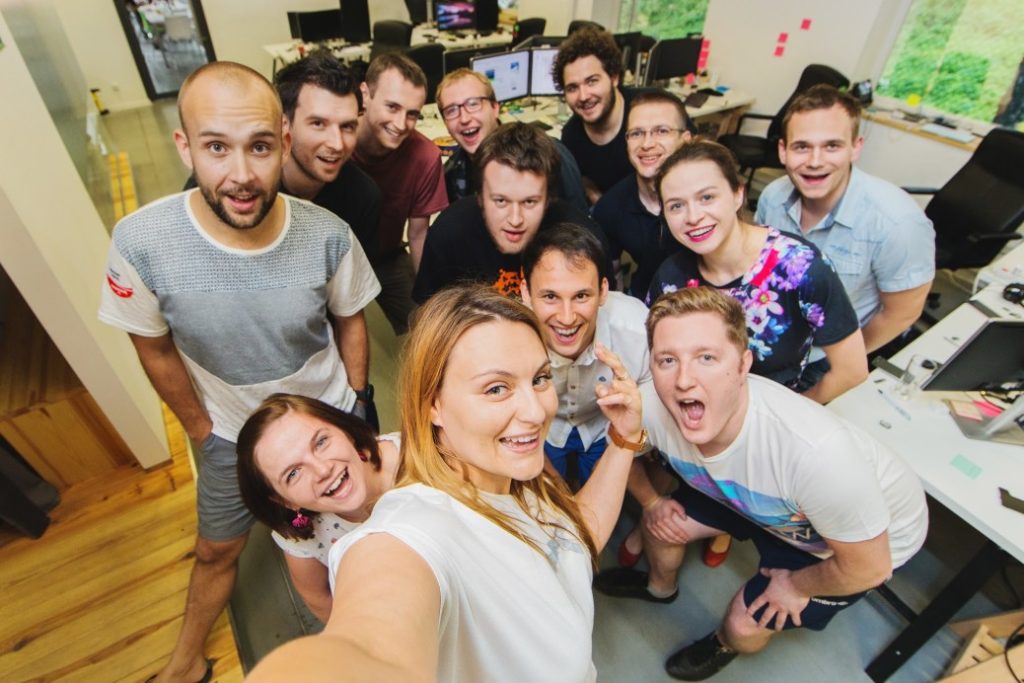 Last month’s product launch was the result of years of market research, technological fine-tuning and our own experience applied to the needs of Industry 4.0 and the next wave of beacon infrastructure.
Taking three pieces of advanced hardware and a first-of-its-kind software platform from the drawing board to being fully operational and ready to ship is a process that involves a lot moving parts. But you learn a lot in three years in a growing market while you ship more than half a million beacons around the world so we were up to the challenge.
Now that everything is in the Kontakt.io store and ready for deployment in proximity solutions around the globe, we thought we would share a look at some of the ideas, planning and hard work that resulted in this year’s biggest leap forward in the world of IoT. We sat down with some Kontakters who actually made all of the new products happen and here’s what they had to say.

Let’s start with Kontakt.io’s Beacon Pro. One of the “musts” on the list for Beacon Pro was to make it physically resistant to environmental threats like splashes, humidity and dust.
Łukasz Szelejewski, our Head of Hardware says:

With proximity solutions reaching into more contexts and business environments every day, beacons have to be able to withstand a wider variety of pressures and potentially harmful hazards. Customer feedback made it clear that upgrading our new beacon’s shield against the elements was always on the cards.

So was making it more aware of and responsive to its environment.
Lukasz also says:

We knew that he addition of light and motion sensors would greatly enhance Beacon Pro’s IoT capabilities and were something that customers had begun to ask about. They add another dimension to beacon performance in the form of the applications for various use cases but that’s not all. Both sensors can also be used for power-saving measures to extend what is already a long, five-year battery life.

Speaking of power, the addition of a micro USB port is another improvement that makes deployment and management easier. Now direct connections to a stable power source can totally replace reliance on batteries.

The Card Beacon started with a challenge for the hardware/development team that came straight from Kontakt.io CEO Szymon Niemczura to make the world’s thinnest beacon. Szymon says that the toughest part of the task wasn’t the size of the computer chip or cpu - those elements can be much smaller and thinner than you might think — but the battery and the casing that held it all together.
The team met with a long list of battery manufacturers before finding what they were looking for. “When we told them what we needed in terms of battery life and size, we were constantly told ‘no’ but we kept going until we got a ‘yes’”, says Szymon.
The result of this successful search is a beacon that is so thin, the internal components have a small film on top of them so that light from the sun doesn’t interfere with their operation. Yes, that’s right - Card Beacon is so thin that sunlight goes through it.
The casing for the Card Beacon had to be strong enough to prevent it from being twisted and damaged internally. The casing was made just thick enough to make Card Beacon tough and secure while still preserving its ultra-slim profile. We think wrapping mobile passports to the IoT in 2 millimeters is pretty impressive!
Adding a tiny on-off switch gives users the ultimate power-saving tool and perfectly complements use cases that Card Beacon is perfect for - tracking movements during a limited time window.

...and easier to manage.

The last new addition to our lineup is really two products in one, with Gateway on the hardware side and Location Engine as the software end of things.
Kontakt.io has been working on the concept of Gateway for some time but the right elements couldn’t be put together until now. We knew from experience that customers placed a great value on being able to monitor the performance of all their beacons in one place and use data collected from them.
Experience also taught us that reliable stability was the key—a device that is always online and fully operational without interruption. On top of that, we knew that we wanted Gateway to feature two Bluetooth radios with one dedicated to scanning and the other available for configurations and also as an open door to future functionalities.
Location Engine, the service that makes tracking possible, takes the information gathered by Gateways and makes it possible to use as triggers or in other applications.
Maria Bernert, our QA Lead says:

From the very beginning, we also planned Gateway and Location Engine as a platform to be expanded and enhanced over time. The features and functionalities at launch are amazing but we can’t wait to see what happens when we start adding to the platform soon.

We also can’t wait to hear from you! Tell us what think about our new product lineup or share any questions or comments you might have below.