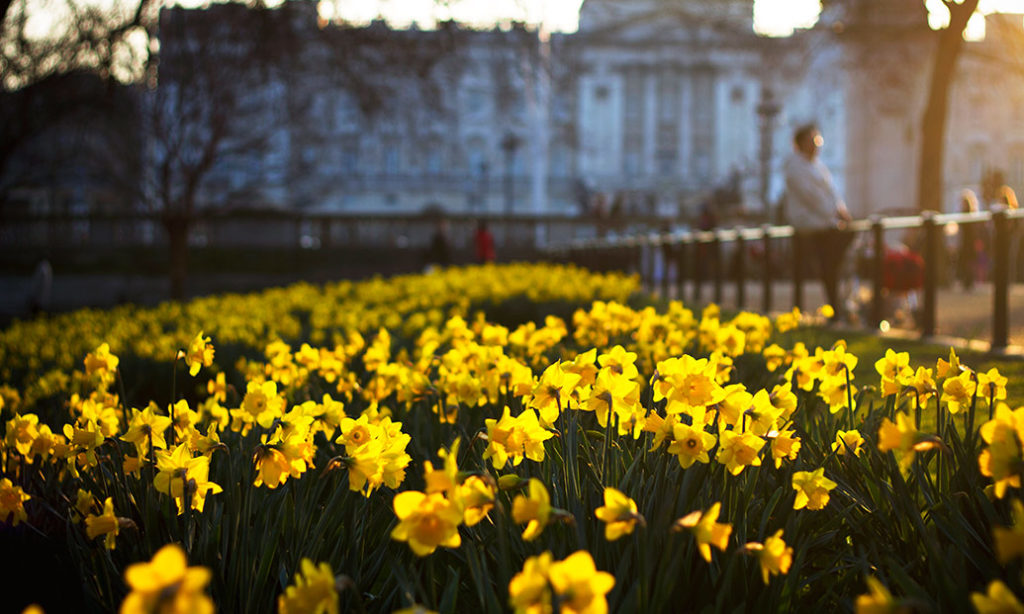 A hugely successful artistic display has just concluded in Sydney, Australia to excellent reviews and attendance and Kontakt.io was part of it!
The exhibit was based on the tragic events of September 22, 1882, when the Sydney Garden Palace, a massive complex built to house the Sydney International Exhibition just three years earlier, was destroyed by fire. An extensive collection of Aboriginal art and artefacts inside the Palace was also consumed by flames.

Today, the site is part of the Royal Botanic Gardens in Sydney.
In partnership with Kaldor Public Art Projects, Australian artist Jonathan Jones, himself of Aboriginal origin, created an exhibition entitled “Barrangal Dyara” (“Skin and Bones”), to bring what was lost back to life for a new generation and to commemorate the priceless links with the past that were turned to ashes all those years ago. 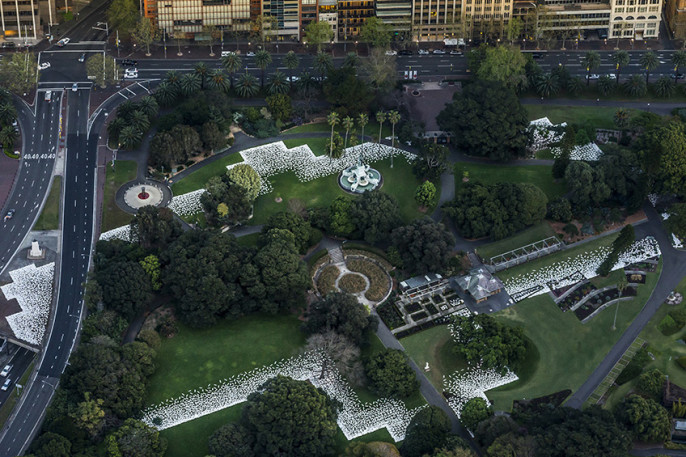 The display included 15,000 white replica Aboriginal shields of different designs that were arranged to mark the former outline of the Garden Palace. These not only represented actual shields lost in the fire, but Aboriginal culture more generally. Shields were used in many contexts apart from war and aggression by Aboriginals, including for dancing rituals and even as musical instruments.

Beacons enhance the visitor experience like nothing else can

In the design process for “Skin and Bones”, it was decided that the visual elements of the display would be supplemented by a soundscape of Aboriginal languages, performances, lectures and workshops. While looking for more tech-oriented options to expand this variety of platforms to educate visitors on Aboriginal culture and the story of the fire, designers discovered that beacons provided opportunities to enhance the exhibit in a way that nothing else could. There were particularly attracted to the idea that beacons could be a part of the exhibit while not taking visitors “out of the moment”.
On top that, the fact that beacons were inexpensive, easy to deploy and visually unobtrusive while delivering original content directly to a smartphone removed any doubts that beacons were the way to go.
The addition of beacons also added an element of innovation to the exhibit and mirrored the mix of old and new that was present when traditional Aboriginal art was lost in a building meant to showcase Australia’s future. The extra dimension supplied by beacons was intended from the start to be a substantial, central aspect of the immersive nature of the presentation. Ultimately, beacons supplied about half of the content that was communicated to visitors.

Local app developer Optus was tasked with creating a smartphone application that would allow visitors to access extra materials and provide additional information and context for what they could see on the grounds of the gardens. It was also an opportunity for everyone involved - artist, patrons, organizers, and developers - to show how technology can mesh with art to add depth of understanding.
The point-based beacon deployment called for certain content at specific locations, with push notifications sent when visitors came within range of beacons positioned at various points on the site of the 1882 fire. Signs and reminders about the need to enable Bluetooth were placed throughout the area, along with information about the availability of the app for anyone who wasn’t already aware of it.
Feedback from guests has been overwhelmingly positive and the use of beacons to power the app that supplemented the display has drawn praise. Organizers are satisfied with the results and impressed by the number of app downloads during the two weeks of “Skin and Bones”. The ability of beacons to engage visitors and support the exhibit without playing a prominent role themselves has also been the focus of attention.

John Paitaridis, managing director of Optus Business, commented on how beacons can add another layer of engagement to cultural projects. This initiative showcases what is achievable when art and technology combine.