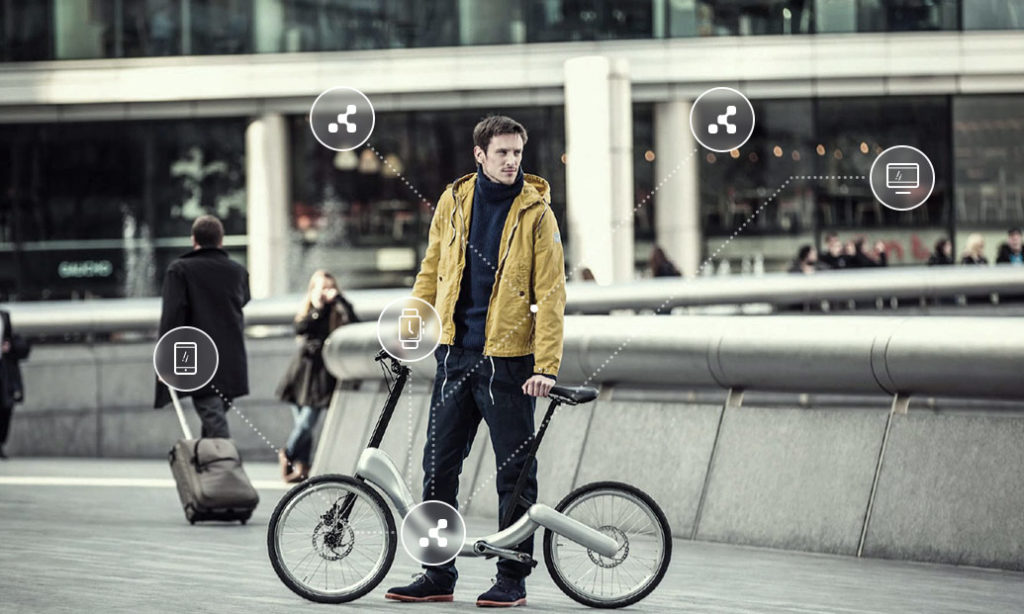 We’re excited to announce that we’re partnering up with a company that’s looking to shake up people’s expectations of what personal commuting looks like and create an electric, convenient, foldable, beaconized bicycle called a JIVR | Bike. It’s one of the first use cases we’ve seen of internally beaconing a product, and we think you’ll agree that it’s innovative and amazing!

How a Beacon Makes the JIVR | Bike special

A beaconized bike becomes a part of the Internet of Things - a world full of objects connected to the Internet, bridging the online and offline and personalizing your experience in the real world. So what exactly can a built-in beacon do for you? The possibilities are limitless, but here are just a few we thought up:

Make it easy to secure your JIVR | Bike with more than just a lock: make it so the chainless transmission doesn’t work unless your smartphone is nearby!

When your JIVR | Bike is in a grid of Kontakt.io CloudBeacons, you can easily locate it and check whether it’s in your garage, out of the house, or anywhere!

Let you know when someone touches you bike

A bike shouldn’t move when you get off it. When it moves, it may mean only one thing: something bad is happening. Know about every single situation like this even if you’re just doing shopping or having a coffee in a restaurant.

Be notified when you pass by locations that may be interesting for you but you haven’t had an occasion to come across. Collect points for being in specific venues and exchange them for vouchers or products!
Let your friends know that you’re in proximity or join the JIVR community and locate other JIVR | Bike users nearby. Maybe you’d come up with the next great JIVR development yourself? Learn more about beacons here and follow us to know first about two Hackatons that we will run in London and San Francisco.
Remember that beacon technology isn’t about specified features. It’s about opportunities that can be used in many different ways, depending on companies’ and developers’ imagination and further technology development. Just like smart phones that actually owe many of their functionalities to app developers.
It’s just a beginning then --a list of  more features may be nearly  infinite!
We’re marking the beginning of a new era, in which proximity isn’t only about beacons. It’s about devices that behave like beacons but in fact can be anything!
This is the Internet of Things. Welcome to the future!