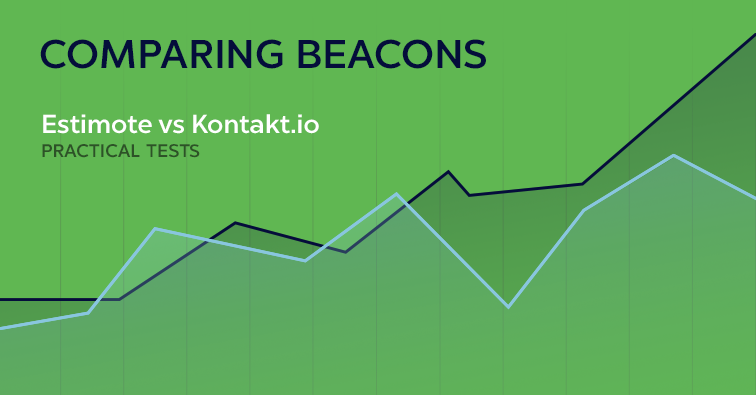 (The following article was initially published in German as “Beacons auf dem Prüfstand: Estimote vs Kontakt.IO im Praxistest” at IT intouch News and we have translated it and are republishing it with permission. The article was not sponsored or commissioned by Kontakt.io in any way.)
Two years ago, the beacon trend in the mobile sector exploded and numerous beacon-based pilot projects launched. Since more and more customers use smartphones while shopping, proximity is becoming crucial to engage with them. Beacon-enabled applications bring new types of interactions, such as indoor triggers at POS (Points of Sale.)

We (at IT intouch News) also became aware of this technology 2 years ago, and gained some practical experience with it. At first, we were convinced by the Estimote beacons as they were one of the pioneers in the market. We realised, though, that in practice their technology couldn’t cover our use case requirements sufficiently—we simply wanted a beacon to trigger an action in our app. Unfortunately, fluctuating Bluetooth signals turned out to be a big challenge and resulted in wrong triggers or no triggers. Even changing the placement of beacons didn’t help.
We therefore decided to test the technology again with the two most established hardware providers, Kontakt.io and Estimote. 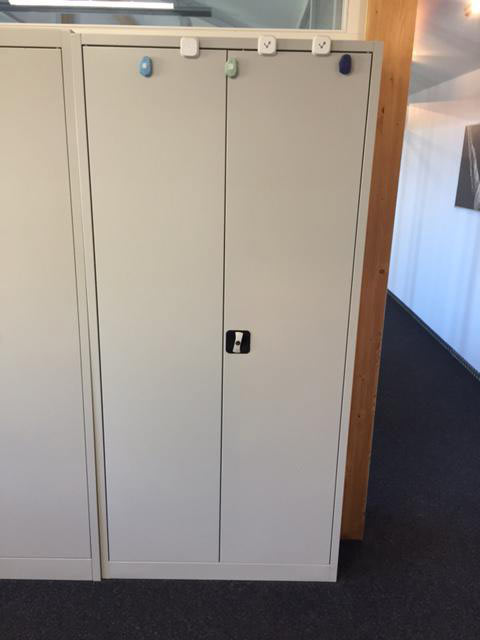 We compared both beacons to each other. The test was conducted under simple conditions and can’t be compared to a stress test. The distance between beacon and smartphone was 2 meters and all possible interference with the signal was minimised. The beacons were configured with the same range and frequency settings and were placed correctly.
We used the following equipment to run the test:

The specially developed app recorded all incoming signals from the beacons and saved this information in a file on the device. All signals have been logged over a period of 500 seconds. The results of the tests are shown in the following:
Estimote beacons:

Although both manufacturers communicate via the same protocol (iBeacon,) clear differences can be seen at first glance. Fluctuations in Estimote beacons occur much more frequently. Particularly striking are regular fluctuations in the “Far” field of beacon signals, which explained the wrong behavior of our apps. Signals of Kontakt.io’s beacons remained constant for a longer period and included fewer outliers. We immediately provided Estimote with these test results, and they told us to put the beacons upside down or change their position. As this isn’t practical in reality, we have postponed all further testing of Estimote beacons.

In projects where it is important to have triggers in the ‘near’ area, Kontakt.io is the clear winner. At least on iOS we would recommend Kontakt.io beacons. Of course, there are many other beacon providers which have to undergo the same test. Furthermore, many other factors will influence the beacon choice, so that our recommendation is only valid for this direct comparison and for our use case.

This entry was written by Florian Trautmann and Patrick Tyll from IT intouch GmbH.

As a full-service company, IT intouch GmbH offers a complete range of IT services within its core competence of developing smartphone and web solutions since 2006. One of the company focuses is beacon apps’ implementation and integration in museums.