How Big Is the Beacon / iBeacon Market and Internet of Things Going to Get? 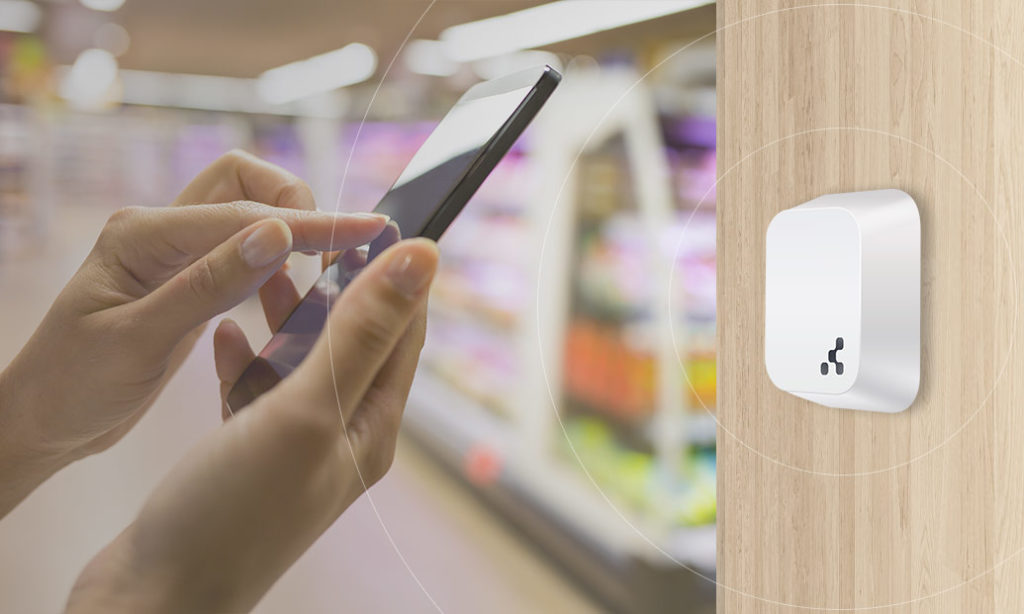 A new generation of software applications is coming, and it will require millions of developers to get involved. While Beacon / iBeacon technology is still quite new today, we have seen ample discussion about how this technology (along with smart wearables, tags, and some other related tech) will help finally create the Internet of Things as soon as 2020.
So let’s talk about what is coming, and check out where this is going.

Apple has made Beacons an integral part of iOS8

While iOS7 in essence launched the Beacon industry in conjunction with the iBeacon standard, iOS8 will make Beacons and location-awareness part of the whole Apple experience. In particular by making push notifications interactive, showing location-relevant apps on the lock screen, and giving users more power over what notifications show up on the lock screen. Why are these developments important?

Google is quickly following suit with their next Android release

While Google made many announcements in their 2014 I/O conference, the most important development for Beacon technology – is that context-awareness will now be baked into the next major Android release. While the ramifications of these developments extend even beyond Beacons, it also means that Google expects Android interaction with Beacon technology to become ubiquitous in the near future.

Take all of the above, and now add the Internet of Things

According to Gartner – the total smartphone, tablet, and PC market will reach about 7.3 billion units by 2020 . This is up from the 2.5 billion units projected to ship in 2014, so this market alone is still strong and growing fast by itself.
In the same report, Gartner also forecasts the growth of IoT to far exceed this market with 26 billion units installed by 2020 – resulting in a forecasted $1.9 trillion in global economic value-add.
You will note that this “economic value-add” figure does not count the hardware and services sales from Beacon vendors (by itself numbered at $300 million by 2020). In fact this trillion dollar number is based on the assumption of value created by developers, who are able to leverage the power of IoT platforms.
Believe it or not, this number from Gartner is actually the least ambitious of the available forecasts for IoT in 2020. For example ABI Research is predicting 30 billion, Cisco is predicting 50 billion, while Morgan Stanley is predicting an astounding 75 billion IoT connected devices!
This is serious scale we’re talking about, and that’s not all.

From Big Data to Mega Data

Not only will there be an entire new class of location-specific apps, and an entire new range of app-based use cases leveraging Beacon platforms. There will also be massive need for tools to aggregate, manipulate, and analyze the sheer amount of data that will be produced through IoT devices.
To give you some idea of the amount of data we are talking about, just take a look at IDC in their “Digital Universe in 2020” report: “from 2005 to 2020, the digital universe will grow by a factor of 300, from 130 exabytes to 40,000 exabytes, or 40 trillion gigabytes (that’s more than 5,200 gigabytes for every man, woman, and child in 2020). From now until 2020, the digital universe will about double every two years.”
That’s a mind-boggling amount of data, and we can barely manage the amount we generate today! Do you have the idea to fix this? There are massive rewards waiting for the clever developer(s) who can.

The opportunities are there and the market is growing fast. It is evident that we really will need millions of developers to harness the full potential of Beacons and the IoT.
The first responders able to create innovative and useful solutions with these technologies, stand to earn massive rewards. The potential market size is huge, and the big software platforms are locking in to prepare for this new Beacon-enabled reality.
To summarize everything that has been discussed in this article:

So tell all your entrepreneur and developer friends to get in on this now, while there’s still plenty of low-hanging fruit available.
Thoughts?
We're on Twitter and Facebook or feel free to add a comment.