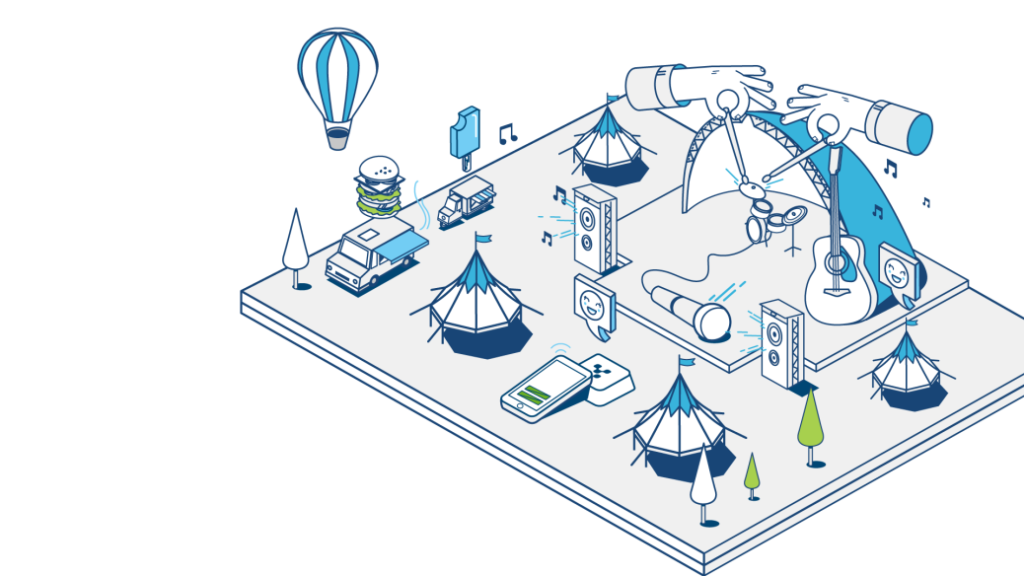 Organizing a music festival involving hundreds of artists and dozens of venues is hard. But with so many attractions, it’s also difficult for your attendees just to keep track of all of the concerts they’ve seen. That’s bad news, because you really want your visitors to remember the events they attended—the better they recall them, they more likely they are to come again next year. One music festival addressed this issue with beacons and saw a huge spike in user engagement with one particular app feature that helps solve this issue. Find out how to use beacons in events!

Choosing the best solution for the event app

The Reeperbahn Festival is a large music festival consisting of 600 events like concerts, workshops, and conferences, held in 70 locations and all dedicated to fans of different music 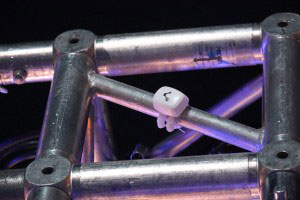 genres. The organizers were aware that the festival’s diverse lineup made it challenging for attendees to remember every show or conference they had seen. They decided to address that at the most recent edition in September 2015 by using their existing mobile app. While talking to Greencopper, they came up with an idea of a “Logbook,” a feature that automatically and chronologically logs the attendees’ festival activity in a personal timeline. Greencopper is a leading provider of mobile solutions for the world’s most prestigious music festivals and events, and they recommended using beacons:

Beacons are a great tool for indoor implementation. With over 70 locations to consider, we were working with a myriad of different spaces, some of which had poor mobile  connectivity due to thick stucco or bunker-like walls. Other technologies, like GPS, would not work there. Also, beacon technology is simple and energy efficient. Not only did we not have to deal with the logistics of coordinating power sources across all locations, but we could reassure users that activating the Logbook function wouldn’t drain their batteries. This is of particular concerns to festival-goers, who will do everything they can to avoid their phone dying in the middle of the event. As we worked through the idea’s implementation phase, energy efficiency played an important role in our decision making.
~Gwenaël Le Bodic, CEO, Greencopper

Since some of the locations’ conditions were too extreme for standard beacons, the Greencopper team decided to use Kontakt.io Tough Beacons.

The whole festival experience at your fingertips

What’s unique for the Reeperbahn Festival is that they didn’t use beacons to push notifications but to register a user’s journey around locations and, based on it, display relevant on-demand content.
This way, the beacons made each user’s Logbook populate effortlessly—users didn’t have to browse the app trying to recall a name of a performer whose concert they had attended or manually search for a recently heard song in their music players. All their festival activity would show up in a Facebook-like feed along with related pictures, videos, and ready-made Spotify playlists. 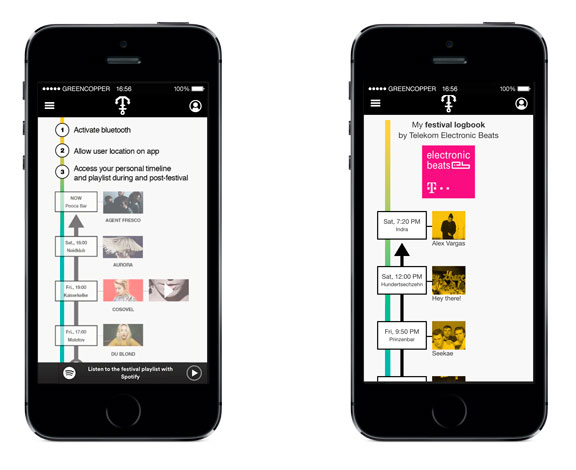 Beacon for the festival-driven results

Thanks to the wide app promotion as well as word-of-mouth and built-in social sharing features, 62% of the festival attendees installed and actively used the app.
The users loved Logbook and the context-based Spotify integration—they listened to over 360,000 tracks within the app. That’s 30.7 tracks per user, which, compared to the previous year (16.5 tracks per user) when the users had had to search artists manually, makes an 86% growth! What’s more, beacons helped the organizers collect statistics on people flow. These were insights they hadn’t initially looked for, but they found them extremely useful for crowd management and identifying the most attractive venues and events to better design the festival in the future.
Both parties took something invaluable from the festival. The attendees—unforgettable memories saved right on their smartphones; the organizers—insightful data and great ROI. These fantastic outcomes will encourage audiences to come back to Reeperbahn next year and help the event planners make the attendee experience even better. We’re looking forward to seeing the next beacon-powered edition! 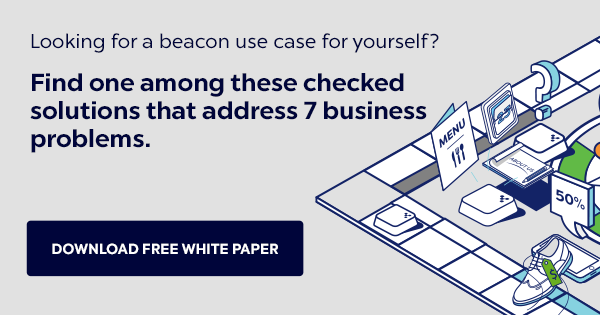