Beacons at Kew Gardens Save 90+% over WiFi for Proximity Engagement 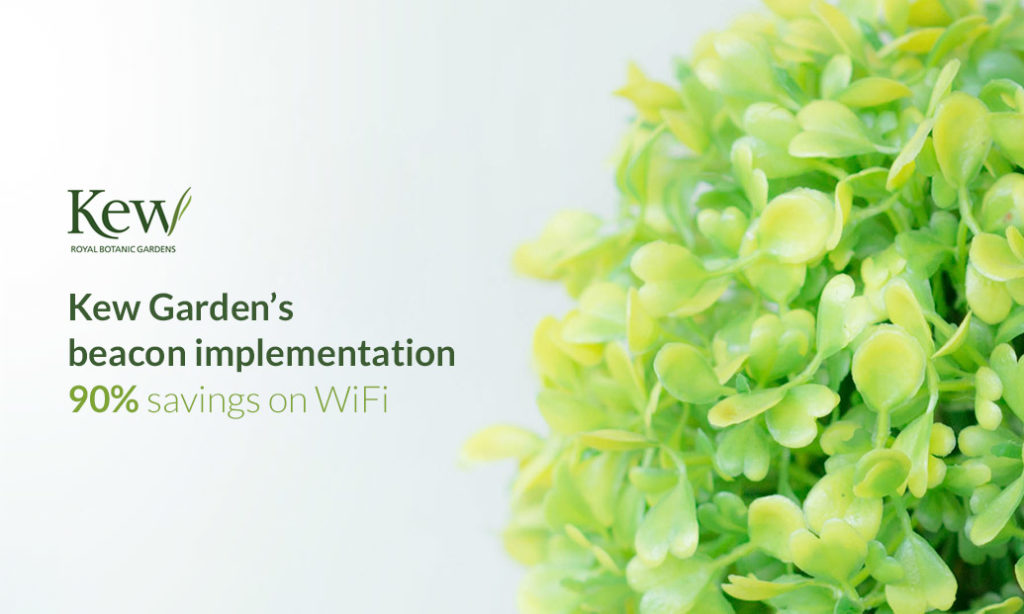 When speaking about beacons and proximity, some benefits that often come up, are engagement, conversion, and potential revenue. It’s a given that there are multiple ways to address proximity over mobile devices--BLE beacons, RFID, QR Codes, and even Wi-Fi. When evaluating which technology to choose for proximity, one question that’s not often asked is how much can you actually save if you choose the exact right tech for the job?
Want to talk more about how deploying beacons can save you money when you’re deploying a proximity solution? Let’s talk!

The Royal Botanic Gardens, Kew is one of the world's oldest botanic gardens, a global leader in innovation within botanical sciences, and receives about 1.3 million visitors annually.
Kew’s goal was to increase visitors’ awareness of its science, history, and big trees. To do that, they decided to create a mobile application that presented the visitors with a proximity-aware experience showcasing lesser known facts of the historic gardens. The two technologies that they looked at to deliver proximity-based content were beacons and WiFi as they decided how to extend the park’s experience.

The assumed cost of a Kontakt.io beacon is $27. Given that Kew didn’t want WiFi for any other uses (such as the normal core use of connecting to a network), the cost comparison was pretty simple. 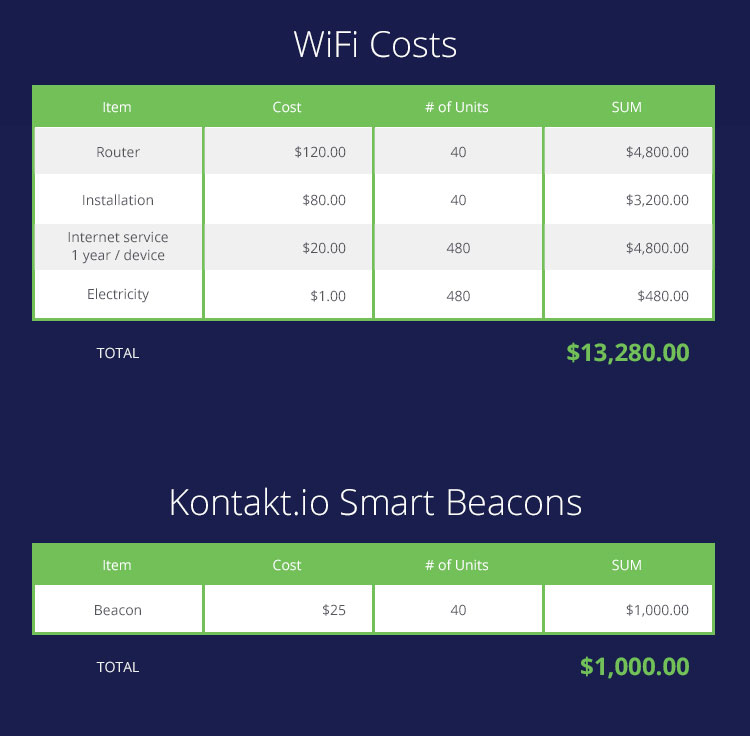 Aside from a better user experience and native ability to push alerts to phones, it’s easy to see that deploying beacons for proximity instead of WiFi reduced costs nearly 93% less than by deploying ruggedized outdoor routers.
After a trial period, the Kew team placed 25 Kontakt.io’s beacons at select locations throughout the grounds in Kew gardens and 15 beacons at Wakehurst in Sussex. Dot-3 created the Discover Kew App that gives visitors some insights into the life of plants and the work of Kew's scientists.
The power of proximity allows visitors to discover Kew and Wakehurst in a whole new and interactive way. 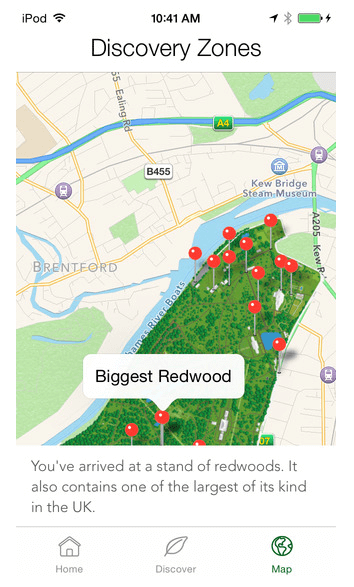 Beacons, unlike WiFi or GPS are low-energy and don’t need to be constantly plugged in, which saves not only the energy, but also money.  Since Kontakt.io beacons are openable, when the beacons at Kew eventually hit low battery levels, they’re easy to refurbish instead of buying new beacons. In both short and long term, a beacon deployment conducted with Kontakt.io is even more cost-effective. 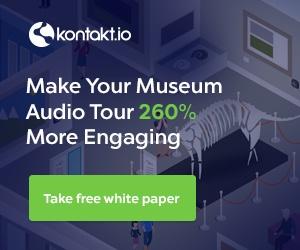